One of the most amazing tools on the market right now is the Profoto B1.

This wireless flash unit allows you to pop off up to 500w/s of power on location with no tethering of any kind as well as syncing with your camera up to 1/8000 of a second. That is simply a remarkable feat.

Last week I took two Profoto B1, the Profoto Air Remote TTL-N, and a 3 foot Octabox on location to test out their high speed sync capability as well as their TTL and Ratio capability. Now if you shoot Nikon like I do, you might need to update the Profoto B1s firmware just as I had done. Which is why I did the test. (If you’re having trouble getting your B1s to sync over 1/250th of a second then go here.)

I set up a basic 2 light setup with my buddy Todd and his BMW S1000RR with the 3 foot Octabox as the keylight and the other bare B1 set up as a rim light.My goal with this session was to create some quality drama in the images with lighting by balancing the natural and artificial lighting. I began by setting my exposure for the sky and adjusting the shutter speed as the sun dipped below the horizon. Once I got my exposure and key light set, I turned on the rim light and set it to +1 to create a nice rim on him which also included this nice cinematic flair in a few frames. From there I had him stand behind his bike without the rim light to create a bit more drama in the image. The last images here is with both of the strobes turned off and just utilizing natural lighting to create a strong silhouette.

To be perfectly honest it even reminds me a bit of Top Gun. 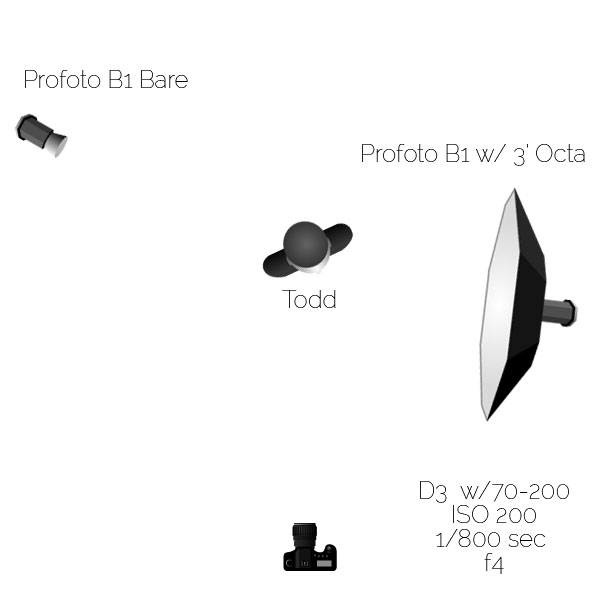 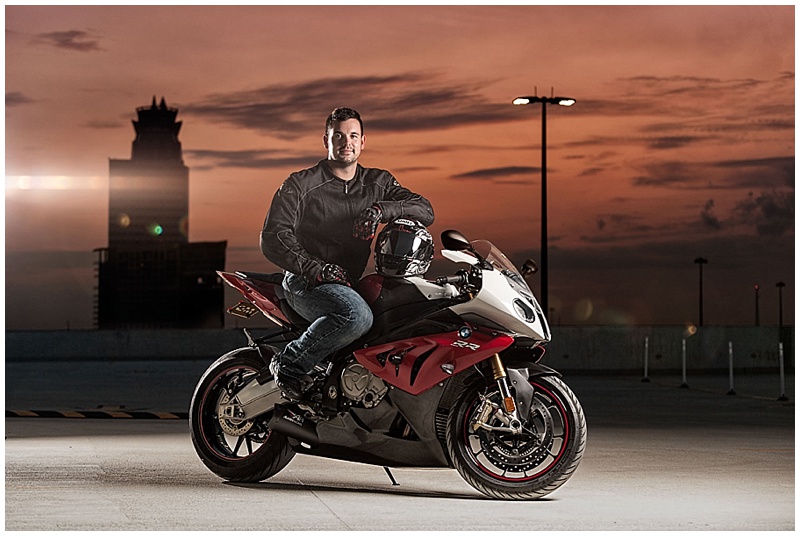 A natural in camera flare was created in this shot which can be eliminated using a simple flag such as some foam-core board or even an outstretched hand. I just left it in.

The rim light was eliminated at this point to create more of a dramatic look.

What is probably my favorite image from the session was the one that used no complicated lighting. A simple silhouette of Todd was created just using natural light.